We asked stress campaign group whether they’re having a laugh 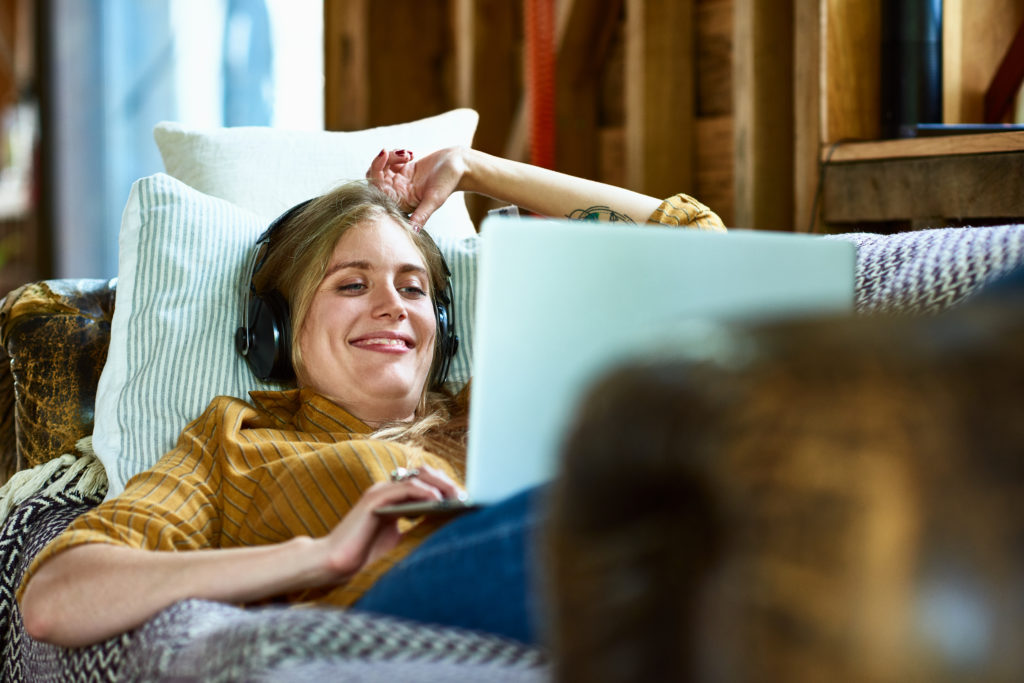 During my gap year, I got a job at what was described as the world’s biggest bookshop. For a long while I was in a lowly role in the archaeology department but at lunchtime things began to look up when I was promoted to department manager after my predecessor walked out. The next morning, I tidied the shelves and re-tidied them later on. Following the example set by other departments, I left notes inviting customers to keep the shelves tidy themselves, including one suggesting they might be killed and eaten if they didn’t.

Humour at work is a risky business. But in these days of calamitous international uncertainty, humour is just one of the many warmer elements of humanity bubbling up to the surface. These days, kindness and connection are valued by us all. We’re happy to stand on our doorstep and clap NHS staff who we don’t know and can’t see. We consent to challenging restrictions and around 700,000 of us have volunteered to help the NHS.

We are discovering the best of what we can be, as we get to grips with life under lockdown. In the UK, Boris Johnson’s live broadcast on Monday March 23 was one of the most-watched broadcasts in UK television history, reaching an audience of 27 million. The next day, a survey of 2,000 UK participants found that 38% reported significant depression and 36% reported significant anxiety, compared with 16% and 17% respectively the day before the announcement. In May 2018, The Mental Health Foundation found that 74% of UK adults felt so stressed at some point over the last year they felt overwhelmed or unable to cope. Now, amid the international pandemic, these figures are unlikely to have fallen.

In the UK, April is Stress Awareness Month, a yearly campaign in which the Stress Management Society seeks to increase public awareness about both the causes and cures for what they say is “our modern stress epidemic”. Founder and Chief De-Stressing Officer Neil Shah told Working Voices that one of the Society’s chief aims is to help individuals and organisations understand the true impact of stress. Shah said that throughout April there will be daily tips on managing stress as well as “a 30-day challenge on increasing resilience, lots of information, lots of resources, all freely available at www.stress.org.uk”.

Back in the past (two weeks ago)

In the past (ie a few days ago), stress at work might have been inflamed by a lack of empathy and compassion. Humour, kindness, connection and empathy were not the biggest features of corporate policy. These days, as we stand clapping on our doorstep, attitudes    are swiftly changing, both at work and at home (now more or less the same thing). We all have much to deal with. Children wandering into Zoom meetings no longer spark the reaction they once did. There is a new sense of flexibility and understanding, (although the Zoom participant who, apparently forgetting she was on camera, took her laptop into the bathroom may have been dropping her guard too far).

In truth, things were already changing. Suits and ties, formal office design and inflexible working hours were beginning to seem outdated. Diversity, humanity and warmth at work are increasing. Progressive companies such as Google, Twitter, Red Bull and Siemens have embraced more playful working cultures. Forward-thinking banks in London have adopted a relaxed approach to interior design, more familiar in a WeWork, than the Square Mile.  Lockdown has led to a rapid escalation of this warmer way of thinking, empathy has been cranked up to eleven.

The world just got smaller

There’s a shared understanding, the world over. It’s not often that billions of people are simultaneously aware of the same thing, and most of them seem to be busy creating images for WhatsApp and Instagram. TikToks, memes and images use humour in expressing the magnitude of everything, from an image of Boris Johnson below the words “I can’t trust you lot…you’re all grounded”, to a picture of Where’s Wally, standing alone in a street. 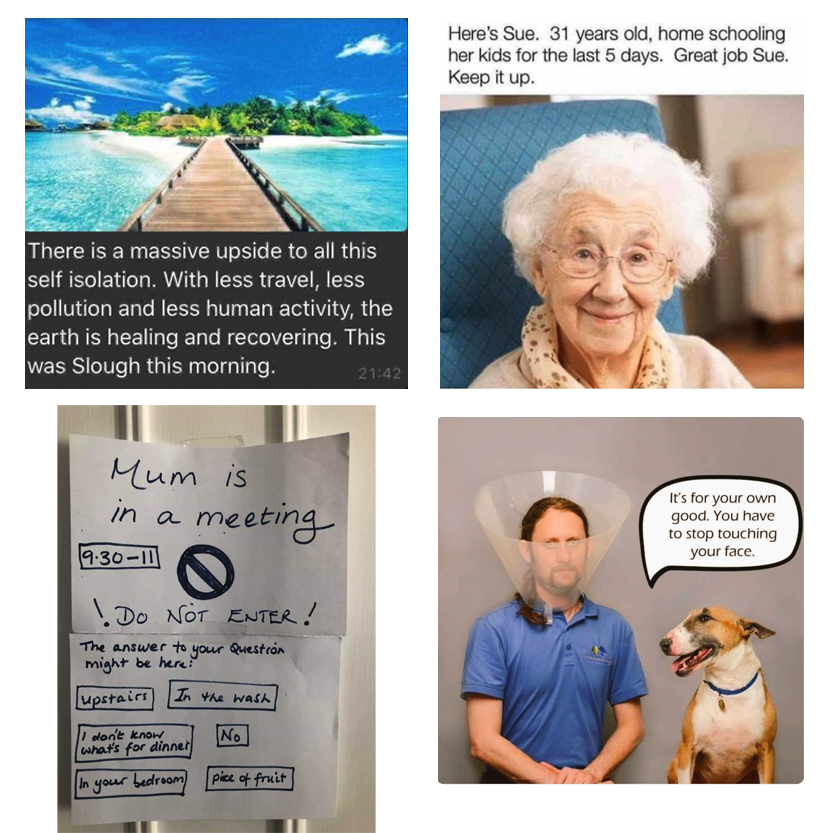 Humour is a great leveller, it was a feature of the Blitz spirit and sometimes it’s the only thing that can puncture through the gloom, if only briefly. Neil Shah believes that: “As the saying goes, laughter is the best medicine. We’ve had a little bit of gallows humour going on in our team over the last few weeks and I’ve found that no matter how dark and tragic the situation gets, the ability to be able to find a way to laugh through it just helps to make light of even the heaviest of situations.”

Some companies have long been using humour as a way of breaking down barriers. When Twitter featured a photo of a woman stooping beside her dropped sandwich, Greggs bakery chain quickly tweeted a plea to Alexa – asking ‘what is heartbreak?’ NASA’s Curiosity rover, trundling about on Mars, allegedly sends back first-person tweets incorporating funny pop culture references, meanwhile slogans on cups from Puccino’s reveal the high street coffee chain has been ‘pretending to be Italian since 1995’.

No-one wants humour at the office to turn into The Office, but if senior leaders are happy to see staff as people, then humour need not be regarded as the threat to professionalism it once was. Funny moments at work aren’t going to spike the share price. As Dwight D. Eisenhower put it:  “A sense of humor is part of the art of leadership, of getting along with people, of getting things done.”

All of which begs the question, will humour and compassion feature at work once the virus passes, more than they did in the past? Things are not going to get any easier over the next few days, certainly not in the UK, US or much of Europe. Perhaps humour, along with empathy, kindness and connection will become more necessary than ever. Neil Shah suggests: “This is an opportunity for us to look at how we develop the skills, the traits, the responsibility that will allow us to contribute as best as possible to the new world that is going to come out of the ashes of the old.”

As the value of these warmer traits of humanity expands in the coming weeks, it will be harder to let them go come the day when the virus passes. It’s easy to say ‘come the day when things get back to normal’. But that’s the point. ‘Normal’ – now, the past – revolved around materialism, selfishness and a lust for likes on social media. Now, we’re re-discovering that we’re more than this, better than this. If life doesn’t remain different after the virus, we will have ignored lessons learned and lost a golden chance for change.

In the meantime, we might be worried about the unfolding situation, about the supply of food and about being cooped up at home with our family, but there is a way forward. Cannibalism, my wife suggests, usually in our more trying moments. Humour is a wonderful thing. Either that…or there’s a new development in our forward planning and soon a handwritten note on the wall will let me know if I’m to be killed and eaten.

To help hold on to our new level of humanity, here are some tips on humour at work:

Interview with Neil Shah, Founder of the Stress Management Society 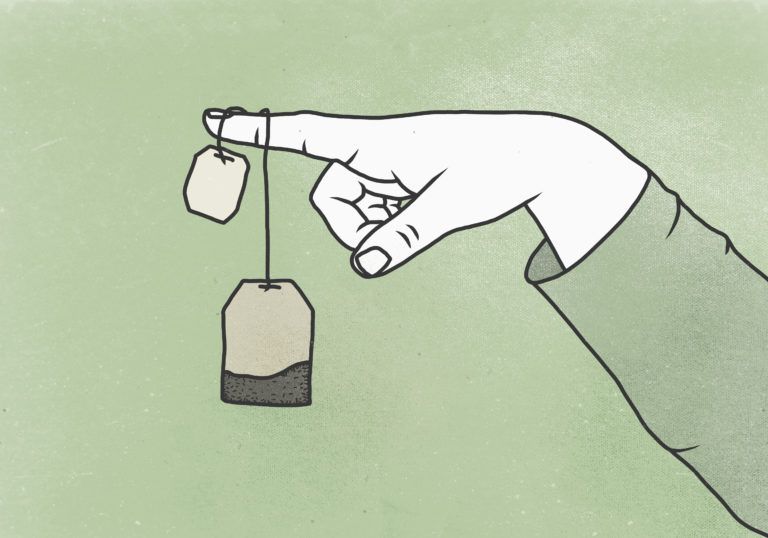 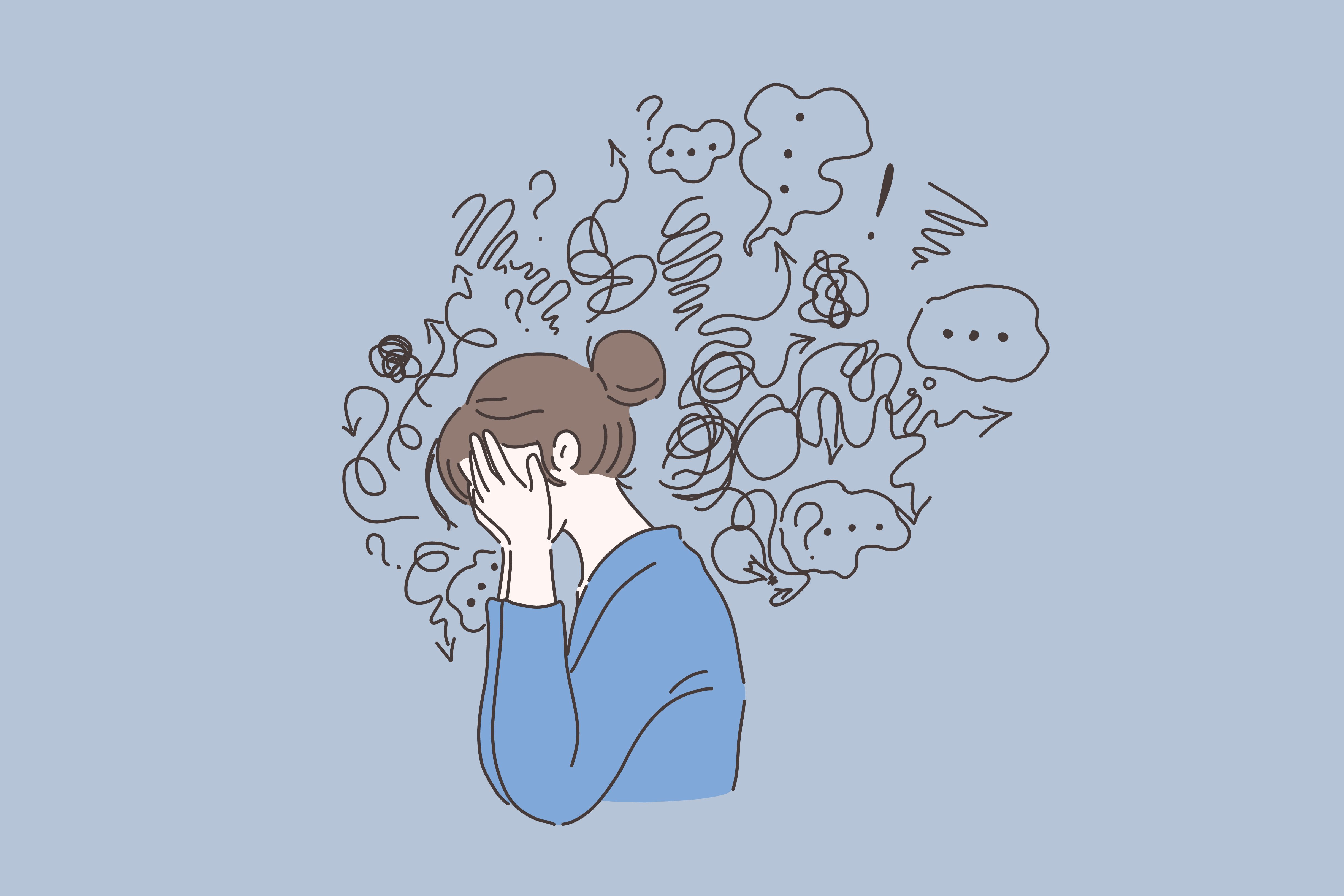 Tame fears of the future by focusing on the moment 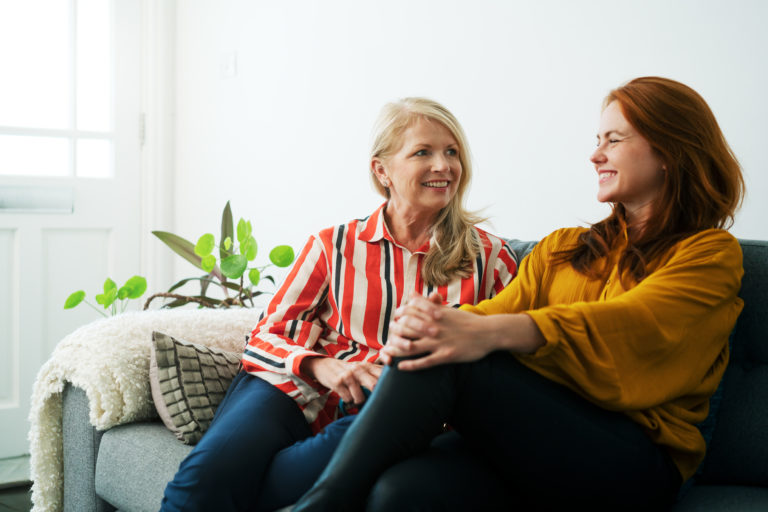 How should business prepare for change? We asked our mums…