We must accept that life at work has changed. As a leader and individual contributor, here are seven top things to pay attention to. 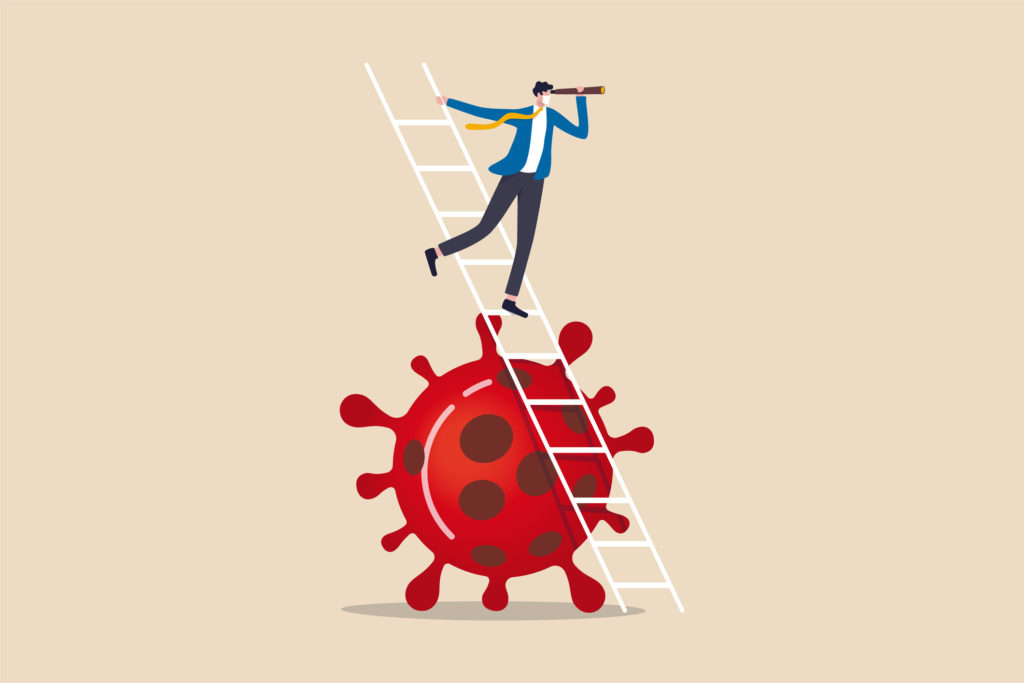 After Covid plunged us all into a storm of uncertainty, we are only now picking up the pieces. While, as a nation, we’re not yet merrily sailing into the sunset, we are moving from a temporary sense of shock to a sustained phase of adjustment. We must accept that life at work has changed. As a leader and individual contributor, here are seven top things to pay attention to.

During times of rapid transition it is easy to look back to the past and reflect on how things have changed.  It can be useful to occasionally see how far you have come, and to review where you are right now. But frequently expressing this line of thought can make conversations sound like a broken record.

Best to move on. As a leader, the sooner you begin to discuss other things, the quicker people around you can adjust their thinking.

Although ‘the new normal’ was a useful phrase in summarising the reality we’ve been getting to grips with, like a lot of cliches it has started to become meaningless. Every time I hear it now, I want to yell.  In fact the ‘new normal’ as a concept has been around for a decade, referring specifically to the unlikelihood that economies will return to their previous levels of high growth, low interest rates.  Instead, recovery would be deeper, longer and would not be a simple bounce ‘back’.   There’s more on this here: https://economix.blogs.nytimes.com/2011/01/11/the-new-normal-is-actually-pretty-old/

Overusing this phrase, as a short-cut to describe small changes and minor adjustments, risks belittling the personal experience many people have had. Like all jargon, it is a fast-track way of excluding people from understanding you.

As a leader, it is best to be specific. Say exactly what you mean, instead of relying on blanket references to the ‘new normal’. The phrase came to be used by the media and politicians to suggest that, after the crisis, we would not just return to the way things were before. As a good leader, you may not want to remind people of this by a casual use of the phrase.

In uncertain times, there is a natural tendency to reassure people who are uncomfortable that all will be okay and that they are safe.  It is almost automatic.  While offering reassurance demonstrates empathy, care needs to be taken in how it is done.

Comforting someone, simply in an attempt to ease their concern, is like soothing a crying child. It’s an attempt to put a person’s mind at rest by smoothing everything over. But this dumbs down their ability to adjust and recalibrate their own understanding of the situation.

In times of uncertainty and volatility, you want people to be awake and alert.  As a leader or manager, it’s best to avoid sharing with people a soothing though empty sense of concern, even though it may be the easy thing to do.  A much better way of helping people deal with unpredictability is to say something along the lines of:

“This is what we are working on…. and this is the area we are not sure about…”

Counterintuitively, people are far more reassured by the truth than by sugar-coating.  If they feel they cannot trust you as a leader, then they speculate about your messages.  In times of uncertainty, you don’t want people wasting time speculating on what something means. Communicating accurate information is a priority, even if you do not have all the information.

It is sensible, in crisis recovery mode, to allow a little leniency in managing unhelpful behaviour.  For this reason, many parents have been overlooking some of their children’s recent bad behaviour, putting it down to a reaction to school disruption. Of course, compassion and understanding have been and remain hugely important. Yet now, since these cycles of disruption may shape our long-term future, it is important to reclaim some boundaries, put some tramlines back in place and gently but firmly tackle behaviour we may recently have been inclined to overlook. If we are to find a sustainable way of working, managers need to put structures in place appropriate to the longer term.

Seismic, industry-changing, business-defining decisions were taken very quickly in response to Covid. Businesses have proved that huge advancements can be made in a relatively short time.  And perhaps, now that the crisis is slowly coming under control, we can return to the frustrating, bureaucratic, consensus-driven style of decision-making that was prevalent in business before the virus hit.  However, we might not want to return so readily to the sluggishness we knew before. In working with our clients, we’ve found that the vast majority of people have loved the dynamism that the crisis has demanded.

Critically evaluate whether information is factually accurate or not.  Falsehood can lead to misjudged reactions. We have seen articles prematurely talking about how the recovery is quicker than expected, or that the S&P 500 is having a great time, or that holidaymakers are freely travelling abroad again.

I expect that in the coming weeks there will be media stories about business travellers easily making trips again, or that working from home is dangerous and unproductive and we should get back to offices as fast as possible.  Such stories suggest that it is safe out there, we should get back to spending and consuming, that everyone else is doing so, and so should we.

Of course, we can get the economy pumping again. But be careful of allowing false information to encourage a blind return to spending. Consider carefully the information we are fed.  The pause in life gave many people a chance to fundamentally re-evaluate things. That was good and should be remembered. It was a useful opportunity, a lesson in how we run our teams and interact with the communities around us.

In thinking about some of the psychological stages people go through in response to catastrophe, after the excitement of crisis and initial adjustment there is a phase of restlessness and frustration.  People are remarkably adaptable; it is a great strength. But after the initial buzz, the situation starts to feel mundane and regular.  Frustrations kick back in, we get used to things like Zoom, Webex, MS Teams. We’ve stopped showing colleagues our pets and our homes, we’re no longer doing the happy hour quiz.  A sense of routine is returning, perhaps even feelings of drudgery.

As a manager, this is the time to introduce novelty, freshness, different practices.  Although people like stability, they also need the right dosage of surprise and unfamiliarity.  If you’ve been holding a regular daily or weekly meeting, maybe change it to three times a week, or change the time of the day, or change the format and structure a little.  There is no management trick to this, just use your instinct.  If you find yourself bored by the rhythm of something, you can guarantee others do too.

Just don’t do what David Brent in The Office would do, such as implement some new funky way of doing things which falls flat or is corny and pointless.  Maybe ask your teams what they are finding mundane? What needs a bit of a shake-up?  What needs to stay because it is appreciated?  What aspects are not working as well as they might? These are uncertain times, and we are all of us caught up in various stages of response. It’s a fluid process. But with careful thought and two-way communication, it’s a process that can be managed. 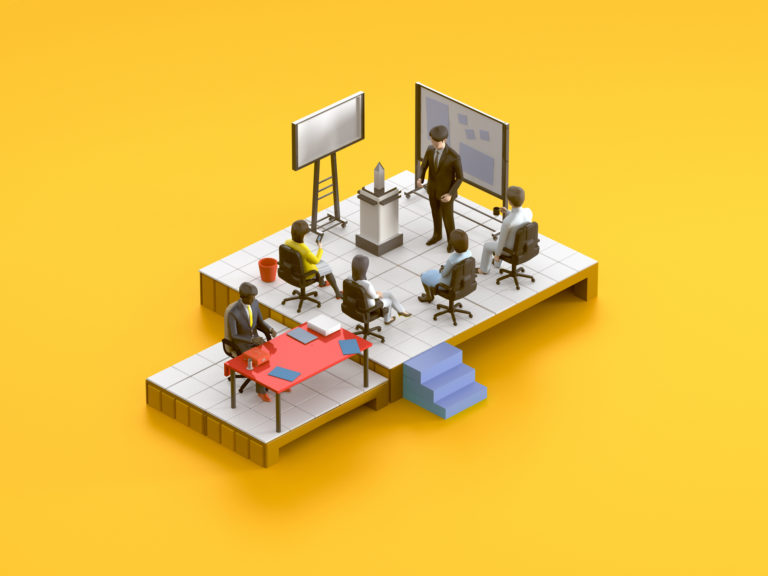 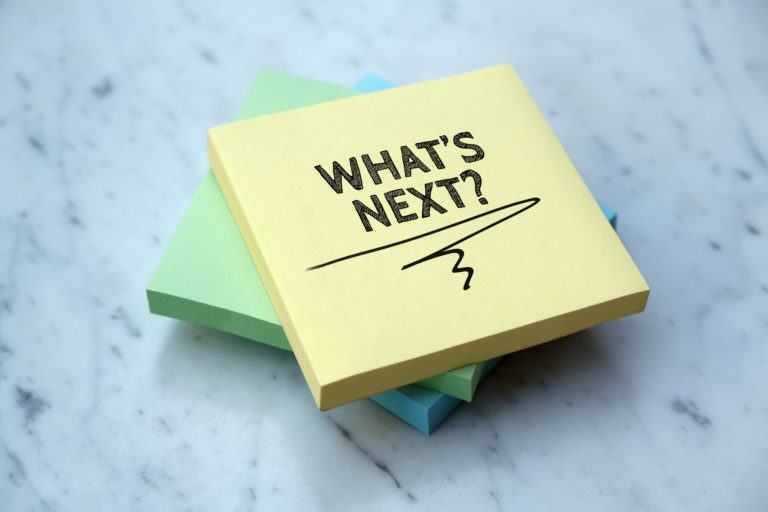 The Future of Learning within an Integrated Workforce 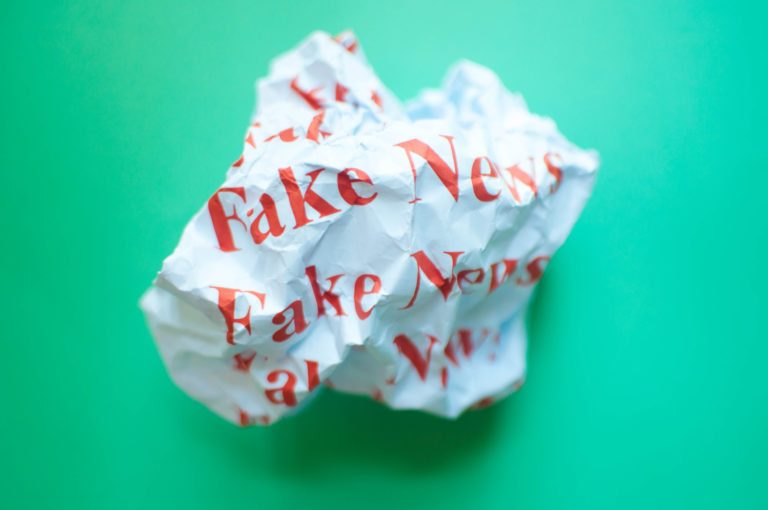