Safe House – Sonny’s story: “The best time to make a go of it”

Graduate Sonny Drinkwater on launching a start-up in lockdown

The pandemic has brought an icy chill to the jobs market, among the first to feel frozen out were last summer’s graduates. In May last year, a survey of 1,200 students found that 60% of those aged between 18 and 24 expressed negative feelings about their career prospects. No surprise then that by June many graduates were thinking about taking matters into their own hands by launching a start-up. Among the success stories is Snackcess, a delivery service promoting healthy eating, whose mission is to “take the unhealthy habit of snacking and make it healthy by introducing people to nutritious and delicious alternatives from across the world.”

Sonny Drinkwater taps the table with enthusiasm as I speak to him in his home, via Zoom. Sonny, 22, graduated from Bristol University last year. He says he always had a passion for healthy eating, something he shared with school-friend Josh Barley. When the first lockdown began in March last year, Sonny and Josh – who was at Birmingham University – began swapping ideas on what they might do after graduating. Creating a start-up was their preferred option, “this was going to be the best time to make a go of it”, Sonny says, “while the job market was thrown to pieces.”

Now we’re all working from home, Sonny and Josh realised that health and wellness are being compromised by new levels of snacking. They discovered there was a gap in the market for healthy alternatives: “We ourselves were struggling with snacking and over-eating”, says Sonny, “which is not something we were accustomed to.” Exercise and eating well were important to both of them. Staying at home in lockdown, they found that a healthy lifestyle was hard to maintain. After seeing an article suggesting they were not alone, they decided to put together boxes of healthy snacks for companies to send to employees.

Starting from the ground up

Sonny had long been interested in healthy living, regularly training in the gym at uni, “I spent time figuring out how to live healthily.” Josh meanwhile focused more on the science behind nutrition, “he’s into how food relates to your mood, and how mental clarity works in relation to food”, explains Sonny. After graduating last summer, Sonny and Josh returned to their homes in Kent and began discussing ideas for start-ups, together exploring the market and looking for food-related projects. They focused on snacking, given its relevance in lockdown, and brought in Kieran Fitzgerald, a friend of Josh’s from university.

Kieran brought a logical, ground-up approach to building the business. By July, the three of them were talking to anyone they knew who had experience in a start-up. They were also getting stuck into market research, talking to brands and investigating demand. They tried a dozen different boxes, selected one and filled it with an assortment of 10 high-end, healthy, branded snacks, the kind that you might find in organic food stores.

They developed design, aesthetics and branding, and worked on potential names for the business, settling on Snackcess – in reference to what Sonny describes as a “successful snacking experience”.  Initially, they intended to focus on a subscription service for companies. But they later included one-off products, selling 800 boxes by September with a turnover of more than £9,000.

“People put themselves off before they even start”

“It wasn’t all plain-sailing”, laughs Sonny, “being young guys, we were probably quite naïve to some of the risks and realities, but you kind of look past that.” He says anyone building a start-up needs to be focused on the goal at hand, “people often put themselves off before they even start.” From building their own website (using WordPress), to coming to terms with competition, the three co-founders took things in their stride, overcoming obstacles one at a time.

“As long as your head is down, and you know where you want to go with everything”, Sonny says, “you’ll find better deals with the brands, you’ll build up your LinkedIn, you’ll build the website, you’ll try and get people to help you, it’s just having that mission, that idea and waking up every day and thinking I’m just going to develop this more and more and more.” Their evident passion for the project seems to have carried the guys over the hurdles that any start-up can expect, “anyone can do this”, Sonny says.

Initially, the idea was to win contracts from companies who no longer needed to put snacks in their offices. By regularly sending alternative, healthy snacks to staff at home, companies would be promoting physical wellbeing while at the same time helping staff feel connected, rewarded even for their loyal support in difficult times. But it wasn’t so straightforward. With companies cutting back in the pandemic, Snackcess pivoted from focusing on subscriptions to looking more broadly at supplying “care packages” on demand.

Snackcess has grown month on month, but Sonny says there’s only so much they can do while people are away from their offices. In the meantime, they’ve been looking at other ways of extending their reach. In September, they began developing other ideas in support of healthy lifestyles. A fulfilment partner now helps them with the Snackcess care packages, freeing them up to focus on a new project they call Well Easy, wellness made easy. Sonny describes this as “a membership-style marketplace that basically allows you to buy a range of healthy goods, the same snacks we’re already selling, along with beauty products, home products, all at a discount available to subscribers.”

This expansion has been made possible in part due to the government’s Kickstart scheme. “People behind start-ups aren’t always gurus who know absolutely everything”, Sonny says, “they are just people who are passionate about something, passion that converts into waking up every day and thinking what can I do to move this forward. That’s pretty much it, that’s all entrepreneurship is.” 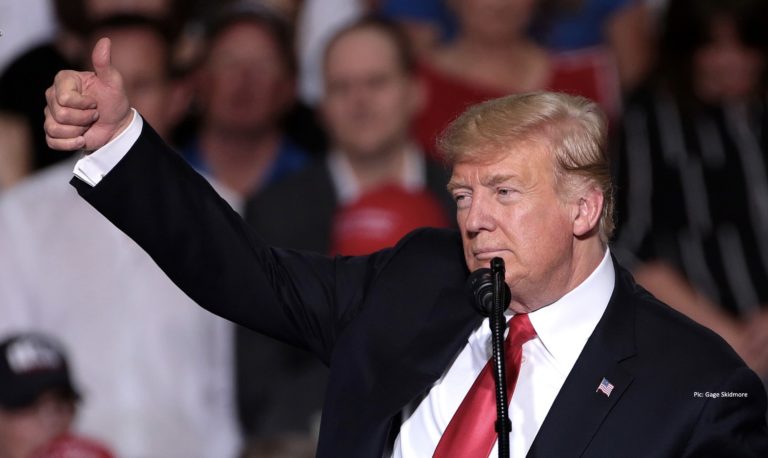 “I know words” said Trump. So why did he find presenting so difficult?

Safe House – Sue’s story: “Hibernate as best we can until we bounce back”